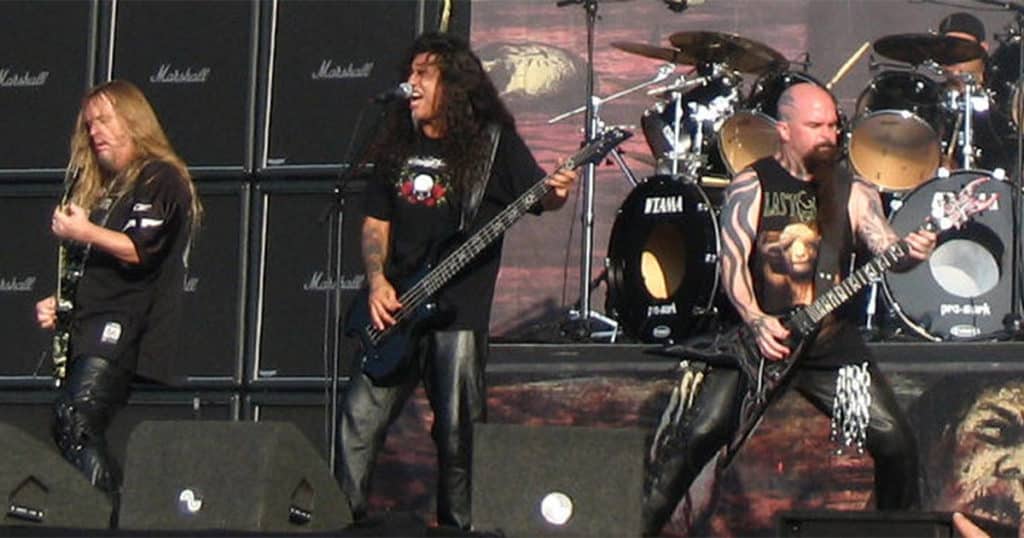 What makes a band the heaviest metal band ever? Unless it’s ridiculous Satanic imagery, muddy production, subpar musicianship, stupid lyrics and releasing the same album over and over for militant fans… Slayer doesn’t have it.

Every music writer who ever voted for Reign in Blood to be on a list of the best metal albums ever made should lose their job effective immediately. Honestly, if they had any self respect, they’d resign. That’s what Slayer is finally doing after years of raking it in as the most overhyped band in metal history, retiring. And to that we say: good. Slayer sucks.